Solar NORTH YEOVAL facts and figures - insight into what solar in the NORTH YEOVAL region could do for you if you installed panels.

NORTH YEOVAL has about 4.3 sun-hours each day. This is how many hours of useful sunshine (on average) is produced each day. This figure includes overcast days and has been sourced from the CEC solar power consumer guide. You can use this number to work out how much energy your system should produce each day. 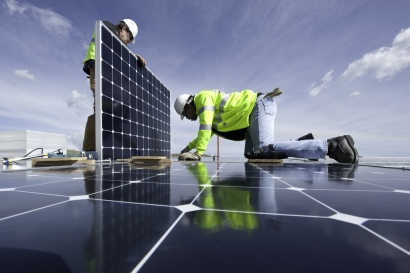 We would expect a 5kW solar system in NORTH YEOVAL to produce 7847.5kWhs of solar energy over the course of a year. How much this is actually worth depends on how much you pay for power and how much solar power you send to the grid.

Solar NORTH YEOVAL - How Much Solar Is Worth (5kW example)

The table below shows the example of a 5kW system in NORTH YEOVAL if 50% of the energy produced was used and the other 50% was exported.

In NORTH YEOVAL you can expect to pay about $0.2218 for power (per kWh) - which is pretty reasonable by national standards . This will naturally vary depending on your network and your retailer. Some areas around NORTH YEOVAL might have much higher power prices while some might be much lower.

The list below shows some of the solar panel installers in the NORTH YEOVAL - 2868 postal code. NOTE: These are only installers who are located in the postcode 2868, meaning there are likely to be many more installers servicing this area (who are not listed below).

Solar Installers In The NORTH YEOVAL (NSW) Region Include...

Get Solar Quotes In NORTH YEOVAL

We hand-pick local installers who service NORTH YEOVAL and ask them to give you a call to talk through your options. Our clients give us great feedback on the quality of their installations all the time.